Warning: Use of undefined constant HTTP_ACCEPT_LANGUAGE - assumed 'HTTP_ACCEPT_LANGUAGE' (this will throw an Error in a future version of PHP) in /kunden/171466_83646/rp-hosting/1014/1014/webseiten/infoweg-hindenburgstrasse/include/init.inc.php on line 3
 Informationsweg Hindenburgstraße Bad Tölz: Neues Wissen - neue Wege

HISTORY IN PUBLIC
A PROJECT OF THE CITY OF BAD TÖLZ

Upon the proposal of the First Mayor of Bad Tölz Josef Janker, the city council of Tölz decided on June 25, 2013, to withdraw the honorary citizenship of the former President of the Reich and Field Marshal Paul von Hindenburg retroactively and not to rename "Hindenburgstraße" but instead to design a "walkable memorial / monument".

With regard to the question as to whether Hindenburgstraße ought to be renamed, there were definitely arguments in favour of this suggestion since the naming of a street always denotes a tribute to the person it is being named after. In this case, however, the mayor was persuasive and unanimously supported by council.

His argument inferred that a renaming of the street would simply result in forgetting history in a short time, whereas the goal was to remember and instill a sense of history. The city council thus approved the proposal to set up a project group comprised of experts for text and history to design such a memorial.

After clarifying the basic approach, the project group, made up of well-known personalities, compiled the texts for a panel and nine plaques, and put together the matching photo material. Since Hindenburgstraße had never been the scene of any actions or suffering, which would justify a monument, the conception "Historic Trail Hindenburgstraße" was chosen to define the project.

In conclusion, the Tölz city council approved the draft texts and decided on the design proposal of Julia Stelz from » SIJU DESIGN in Tölz. From six design drafts, the project group recommended two for the selection.

Those who follow the "Historic Trail Hindenburgstraße" virtually or in reality, will not only understand the ultimate motivation for this historic trail, but also become aware of the fateful and notorious role that Hindenburg played in paving the way for the illegitimate state of the National Socialists.

Paul von Hindenburg – a name and its history

In 1925, Hindenburgstraße was dedicated to the Field Marshal of World War I and German President of the Reich, Paul von Hindenburg (1847 – 1934). Hindenburg visited Bad Tölz on several occasions and the city made him an honorary citizen in 1926.

At that time, he was venerated by many Germans as a war hero. However, Hindenburg played such a fateful role during World War I that the street named after him during the Weimar Republic, is no longer regarded as an honour to his memory.

Rather than simply erasing the traces of the past, in 2014, the city council of Tölz reservedly decided to keep the memory alive and refrain from changing the street name. Instead, it resolved to create the Hindenburgstraße historic trail.

This trail extends along Hindenburgstraße with nine sites, the texts of which invite you to reflect on Paul von Hindenburg and German history.

The original Marktstraße exhibited a closed row of houses from the small street, Jägergasse to the entrance of the city, the Khannturm.

Hacklbräu (brewery), whose existence has been documented since 1495, stood where today's Hindenburgstraße opens into Marktstraße. In 1874, the last owner sold the building to the market community of Tölz.

In the same year, Tölz was connected to the railway network. The train station emerged north of the market town at today's old train station square (Alter Bahnhofsplatz). Since the municipal authorities wished to connect the train station with Marktstraße, the Hacklbräu building was torn down in 1874. Villas, hotels, official buildings and businesses were built and established along this newly created Bahnhofstraße.

In 1924, the train station was relocated at the city's eastern border due to the continuation of the railway line to Lenggries. A new Bahnhofstraße arose and the previous one acquired the name Hindenburgstraße from the city council in 1925.

In August 1914, the command of the German army on the eastern front was conferred upon the retired General Paul von Hindenburg (66). Shortly afterwards, the Russian troops suffered a crushing defeat at the hands of the Germans at Tannenberg in East Prussia. Hindenburg's reputation grew rapidly. This success, however, was due in large part to Chief of General Staff Erich von Ludendorff.

In 1916, Emperor (Kaiser) Wilhelm II entrusted Paul von Hindenburg with the supreme command of the army, which became the political power centre of the Reich under Hindenburg and Ludendorff.

Amongst other things, Hindenburg was responsible for unrestricted submarine warfare and the rejection of any policy of peace. Millions of casualties and the military collapse of Germany in the fall of 1918, were the consequence.

The "stab-in-the-back" legend was a prominent viewpoint held at home which alleged that the Democrats, the Jews and the left-wing radicals had stabbed a triumphant army in the back. Hindenburg distorted the facts in an outrageous manner, permanently damaging the reputation of the young Democracy.

A master in self-promotion

As Victor of Tannenberg, Paul von Hindenburg, almost previously unknown up to this point, was very clever at orchestrating the success of others for his own purposes. The later Minister of the Armed Forces, Wilhelm Groener, described Hindenburg's personality appropriately: "Despite indifference and failure to act, he is eager for fame", but where defeat was concerned, Hindenburg always held others responsible. In short order, he advanced to become the most popular German general by far.

Hindenburg proved to be a master of media staging. In the war, he had artists portray him on the frontline. He used millions of printed portraits later on to stylize himself as a national father figure. For many Germans, who sought a figure with which they could identify, he replaced the weak Kaiser Wilhelm II, a role that he kept until the end of his life.

Between 1922 and 1930, Paul von Hindenburg visited Bad Tölz five times from his holiday location in Dietramszell. Dignitaries and citizens always gave him an enthusiastic welcome.

During World War I, like many other communities, the city had already established a Hindenburg donation, which was a contribution for the Eastern Front. Amongst the general population, a deeply rooted admiration for the apparent war hero Hindenburg, was the inspiration when Tölz renamed its Bahnhofstraße after Hindenburg in August 1925, for the "enduring merits of the Field Marshal in the World War".

The city reaped the benefits of the prominent visitor and in the summer of 1926, it enthusiastically advertised the legend of Hindenburg as the first Bavarian community to name Hindenburg an honorary citizen.

Hindenburg as President of the Reich

As a candidate of the Conservatives and the Right Wing, Hindenburg was directly elected President of the Reich in 1925 with a narrow majority. A man who, as a general rule, rejected parliamentary democracy, now represented the Republic. He increasingly endeavoured to expand his power in the style of a charismatic ruler.

From this point forward, he only appointed presidential cabinets, and as such governments, which solely relied on the trust of the President of the Reich. In doing so, he guaranteed the abolition of the democratic process.

In the elections for Reich President in 1932, Hindenburg was confirmed in office. This time, the political middle supported him in order to prevent the election of Adolf Hitler.

Soon, however, the two rivals were to approach one another on political ground.

At first, the NSDAP had doubts about Reich President Hindenburg.

Nevertheless, from his gradually emerging nationalistic realization of a "people's community" and a Germany without internal conflicts, Hitler seemed to become increasingly acceptable. Of course, Hindenburg himself, wished to stay firmly in control.

Well aware of exercising his constitutional powers, he appointed Hitler to Chancellor of the Reich in January 1933. In doing so, he significantly overestimated his own abilities and those of his right-wing conservative supporters in controlling the National Socialists.

In his political testament from May 11, 1934, Hindenburg formulated: "My chancellor Adolf Hitler and his movement have taken a crucial step of historical importance towards the great goal of integrating the German people in domestic unity beyond all social and class distinctions."

The Day in Potsdam – Founding date of the Third Reich

On March 5, 1933, the new Reichstag, the main legislature, was elected. One could no longer say these were free elections in light of the Nazi terror.

On the occasion of the opening of the Reichstag in Potsdam on March 21, the city presented itself in a sea of swastika flags and banners in the colours of the Empire - black, white and red.

The National Socialists staged an overwhelming propaganda success. "The marshal and the private", Hindenburg and Hitler, were to orchestrate the alliance of old and new Germany. Hindenburg appeared in the uniform of a Field Marshal, whereas Hitler presented himself as a Chancellor for the people in a plain tailcoat, bowing down to the aging president. Hindenburg was aware of the significance of the Day of Potsdam and said, he himself had entrusted the "leadership of the Reich" to "this young Germany" on January 30, 1933. The man who was to protect the Republic had handed it over to its worst enemies.

The establishment of the dictatorship

As of January 30, 1933, the National Socialists hastily established their dictatorship. On February 28, Hindenburg signed the Decree for the Protection of the People and the State. This regulation abrogated fundamental rights and opened the door to the terror of the new rulers.

By means of the Enabling Act, which all parties in parliament consented to except for the Social Democratic Party - the Communists were already excluded - the Reichstag relinquished power in March of 1933. As of July, only one political party existed: the NSDAP. The unions were likewise destroyed. In addition, Hitler proclaimed the right to be the "supreme legal authority of the German people".

Hindenburg remained President of the Reich until his death on August 2, 1934. He would have had the power to stop Hitler in good time, but instead, he boosted Hitler into the centre of political power in the position of Reich Chancellor and, as the head of State, contributed to establishing the dictatorship without contention.

The memorial is crumbling

Many communities throughout Germany named streets and squares after Hindenburg. These gestures were completely in the interests of the National Socialists' propaganda.

In the Isarwinkel, the top of a hill, Wackersberger Höhe, was renamed Hindenburghöhe and the neigbouring peak, Heigelkopf, was named Hitlerberg. After Hindenburg's death in 1934, homage to him took on ritual-like forms through the NS propaganda.

Even after 1945, when the name Hindenburg disappeared from public in many places, the legends emerged once again. Hindenburg's decisive role in Hitler's seizure of power was downplayed.

It was only as recently as 2012 that a large debate was launched in Bad Tölz about the designation of the street name Hindenburgstraße. Ultimately, this led to the historic trail. Today, nothing remains through which Paul von Hindenburg could inspire a positive sense of identity. For this reason, the city council of Bad Tölz withdrew the honorary citizenship on June 25, 2013 posthumously. 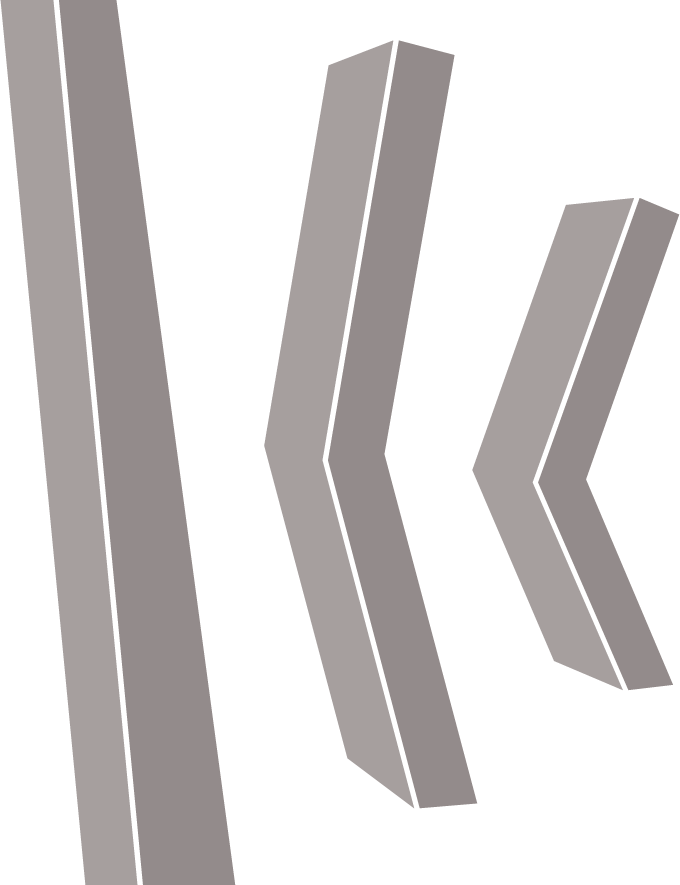 This website does not collect, use or process personal data.